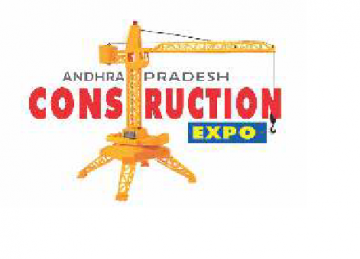 This exhibition will highlight the needs and challenges within the capital region area of Andhra Pradesh as well as the opportunities on offer. The expo provides the practical platform offering manufactures and suppliers to this thriving Industry access to the entire concrete ecosystem. The visitors includes hundreds of public and private Sector participants such as architects, project owners, engineers, concrete technologists, government representation, who are driving the regions built environment. AP construction expo offering the unique and invaluable opportunity to the participants to engage and interact with potential and existing customers in this region.

Why this Expo in Vijayawada-Andhrapradesh Now, Vijayawada city is geared to live up to the the expectations of capital region. New avenues for start-ups are opening and the existing players in the construction field are making efforts to withstand to the growing opportunities. The major players and giants in the industry from Rayalaseema, Coastal and north coastal region and also from neighbouring states of Tamil Nadu, Karnataka and Telangana are keeping an eye on the new avenues to swing into action to take a lead in the construction activity in the new capital.

Why Construction Expo?
The New capital of Andhra Pradesh ‘AMARAVATI’is just nearby to Vijayawada city. The new capital will be built with complete infrastructure and basic aminities. Many construction companies and Govt. bodies have to play key role in building the new capital in near future. The capital region spread across 7,420 sq.km. The seed capital region covers 8 sq km. Huge buildings in large number have to come up and many bridges have to build across the krishna River to connect the capital with other areas.

Expectations on the new capital city are obviously running high with active participation of foreign companies governments. The AP Government, under the dynamic leadership of Sri. N. Chandrababu Naidu, Hon’ble Chief Minister of the state is leave no stone unturned to build a historical capital. The capital city Amaravathi will stand as testimoney for a world class city. Top most construction companies over on the feeline to grab the opportunities using the local talents and equipments. Massive transformation of technology in likely to take place with building of New capital.

Features Of the 900 acres of the city, 51% would be green spaces; 25% building footprint, 14% Roads and 10% water fronts. Each one of the 27 townships would be blocks measuring 2Kmx2Km, and 10% of its area would be made up of water Bodies. ‘Amaravati’ would have four prominent gate ways that would bear resemblance to the entrance of historic temples, and have City Squares. The Roads with 50, 24,16,9 and 7 meters width had been conceived with water ways occupying the central axes of Major Roads. The city would have 27 km long waterfront. The new capital city will spread across 8 sq km of the capital region.Hence a massive level of construction activity will take place in this region and large number of domestic, commercial buildings and bridges will be constructed in near feature. The coming days are going to witness a great spurt in urban and rural infrastructure development in and around the capital,like connectivity to National Highways,to accommodation to the corporate business houses of MNC’s , Shopping malls , Government Head quarters,Hospitals,Hotels & Tourism,Educational Institutions, Road,Rail & Airports and many more.

Eager to grab technologies
The start-ups and the entrepreneurs as a whole are on the toes to grab opportunities. Since the chances are plenty for local players as some overseas companies are taking up the task of building the capital city, Andhra Pradesh Construction Expo- 2018 will be a boon for local players to upgrade themselves with the advanced and state-of-the-art technologies.