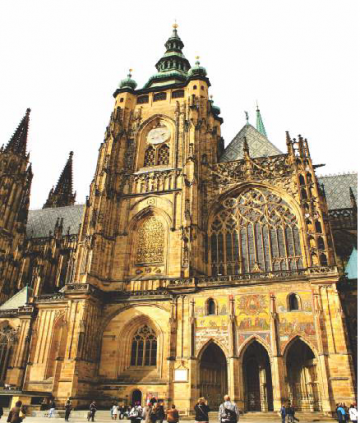 On one of the crossroads between Europe and Asia, Bulgaria is a state of many faces. A calm, beautiful country authentically blending ancient history, Communist legacy and vivid modernity, Bulgaria has stunning landscapes, leisurely life and delicious food all crammed in a manageable piece of land.
The Bulgarian capital Sofia is usual grey of any large city is dotted with the spots of it’s parks. Vitosha is a mountain looming over the capital, defining its skyline and luring exploration. Foreign tourists abound here, filling the cafes and restaurants on Vitosha Boulevard. Sofia is still far from a tourist trap. Outside Vitosha Boulevard and the hipster dominated Shishman Street, the center is a delight to explore with its fine facades, quiet streets, small shops and cozy restaurants.
The main places of interest are – St Alexandr Nevsky Cathedral with the nearby 6th century. St Sofia Church and the “antiquities market”; the emblematic yellow brick-paved King Liberator Boulevard; the Stalinist Largo; and the ruins of Roman Serdica.
There is a busy area between the Baya Bashi Mosque, the steaming open-air mineral springs, the Halles, the Sofia Central Synagogue and the Women’s Market. The neighborhood has old traditions in multiculturalism, and its nostalgic, sometimes peeling facades are an interesting background for ethnic diversity here.
Then there is the beautiful neo-Baroque National Theater and the colossal statue of a Red Army soldier in Knyazhevska Garden. Borisova Garden is one of the oldest and biggest in Sofia, it is filled with chestnuts, people and their kids and dogs, and statues. It is an oasis of needed relaxation .
Bulgaria’s most popular winter resort, Bansko is about 150 kms from Sofia. Nestled in the foot of Pirin Mountain with the UNESCO-listed Pirin
National Park, Bansko has a core of traditional architecture, encased by a ring of new developments. Its old part is a labyrinth of mansions built in the 18th and 19th centuries, when the town prospered on sheep trade and was one of the cradles of the Bulgarian National Revival. Today, old Bansko is sleepy and quiet, with cobble lanes and houses with wooden beams and whitewashed walls. Cats and old women, clad in the traditional black, dominate this bastion of the past. It is hardly a coincidence that the restaurants here stick to condition, too, specializing in the characteristic cuisine of the Bansko region.
Contrastingly, New Bansko is flashy, alpine-style hotels, shops for winter sports and winter wear, and restaurants catering to the international crowd with pizza and sushi.
The Pirin Mountains are here, thick firs and snow covering their slopes. Vihren Peak is irresistible, but even in the middle of summer it is for experienced climbers. The nearby Dobrinisthe village has the stunning Bezbog Lake, at an altitude of 2,236 m.
One of the best places in Bulgaria to get lost in its meandering streets, several churches and synagogues is the beautyful seaside city Verna, about 430 kms from Sofia. Life here moves at a slow pace, preserving the atmosphere of times gone by. The magnificent ruins of the biggest Roman baths discovered in Bulgaria add to the quiet nostalgia of the place. It has a beautiful, tranquil Maritime Garden with its seemingly endless lanes, trees, and vistas of the sea.
North of Varna is the elegant former summer residence of the Bulgarian kings at Evksinograd and its garden look as if imported from France. A few kilometers away is the Ottoman heritage, the 16th-century Ak Yazili Baba venerated by both Muslims and Christians.