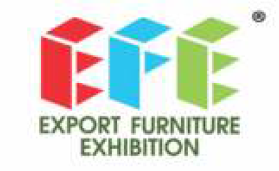 Buyers flocked to one of Southeast Asia’s leading furniture fairs when the 11th Export Furniture Exhibition (EFE) opened on Wednesday (4 March 2015), to kick off the buying season in Asia.

Yang Berhormat Datuk Amar Douglas Uggah Embas, Minister of Plantation Industries and Commodities, Malaysia, officiated the annual show that brought together 245 exhibitors from Malaysia, Asia and ASEAN region in one of the most attractive trading platforms in the global furniture industry.

After four days, EFE 2015 closed its doors with a positive outcome on Saturday, 7 March 2015. More than 8,300 visitors from 128 countries came to the EFE exhibition grounds. The Fair attracted trade visitors with more than 44% of it were international buyers from 128 countries, with a good turnout of strong buyers from emerging regions and the strong traditional markets of India, Australia, Singapore, United States and Japan. The fair covered over 22,000 square meters at the Kuala Lumpur Convention Centre (KLCC), Malaysia’s leading convention facility.

The exhibition is organized by EFE Expo Sdn Bhd., a wholly-owned company of the newly merged organization -Malaysian Furniture Council (MFC), a merger between Malaysia’s  two largest  furniture Associations – Malaysian Furniture Industry Council (MFIC) and Malaysia Furniture Entrepreneur Association (MFEA). An exhibition by the industry for the industry, EFE 2015 is a trade platform which provides opportunities for the industry players and its related industries to do export and  networking  to expand their businesses. Export Furniture Exhibition is an export-oriented furniture trade show held annually in Kuala Lumpur. Over the years, EFE has nurtured invaluable partnerships between thousands of buyers and furniture makers across the globe.

Buyers were kept busy with the wide displays of newest products and selections from Malaysia, China, Indonesia, Singapore and India. The show offered the full range of furniture with extensive selections of modern and contemporary styles for dining, bedroom, living room, office, occasional, children, outdoor as well as furniture fittings and hardware.

One of the highlights of the show was the UK Export Pavilion at Hall 6 which was mooted out after an overseas market survey trip to the UK in early January 2015 to find out the needs of the UK buyers. The market research mission was led by the Malaysian Timber Council.  The Pavilion solely displayed furniture products made for the UK market.

EFE 2015 posted sales of US$670 million after four days of bustling trade from 4-7 March 2015 in Kuala Lumpur. Last year in 2014, EFE notched up a high of US$714 million in sales, representing more than 30% of Malaysia’s RM7.4 billion furniture exports to 120 countries. In recent years, EFE has emerged as a springboard into the fast growing markets of Southeast Asia, Africa, Middle East, Eastern Europe, Central Asia and South America.

Despite the slightly lower number of visitors to the show due to the present global economic uncertainties, the number of visitor countries has increased by 6.7% to 128 countries as compared to 120 countries in 2014. This reflected EFE continues to draw new buyers and visitors to source for its furniture. EFE has delivered yet again despite the global economic uncertainties. This underscores the continuing appeal of EFE and how it remains relevant in the global furniture market. Another significant appeal is it is getting more high quality buyers from all over the world. The positive feedback from exhibitors with their strong order books is a big boost for Export Furniture Exhibition going into its 12th anniversary next year.

The site at KLCC remained the preferred venue by both exhibitors and buyers for its strategic and central location in KL City. The next edition of EFE 2016 will be held from 9-12 March 2016 at KLCC with another buying and networking opportunity awaiting global buyers and visitors.