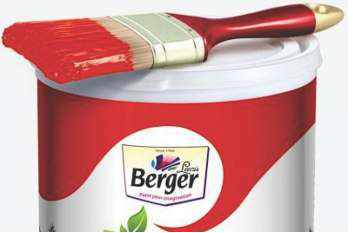 Indian paint manufacturing company Berger Paints has chosen to set up a plant in the Russian town of Nevinnomysk in the Stavropol region.

The decision to locate its paint and varnish manufacturing centre there was taken after a group of Indian investors visited the town’s industrial park. Indian investors visited a Russian regional industrial park, Nevinnomysk, along with regional officials, Vasily Shestak, first deputy head of the Nevinnomysk administration, and Dmitry Tolmachev, deputy minister of energy, industry and communication of the Stavropol region. After examining some of the other functioning enterprises and exploring the options, the Indians decided to set up a paint manufacturing factory there.

Berger officials are finalising a site for the factory at Nevinnomysk, for which four to six hectares of land are required. The company plans to invest at least $5 million in the project and create at least 50 jobs. According to local residents, it makes sense that Nevinnomysk was selected as the location for the new plant, because it has a highly developed transportation and logistics infrastructure for industry.

The regional industrial park began functioning in 2010 as a pilot project for the region. In 2012, it received a certificate from the association of the industrial parks of Russia with an “active” status, which was confirmed in 2014.

The value of investment in projects at the park is 16.74 billion rubles ($294.5 million). Investors have already paid 7.5 billion rubles. Of the 1,255 jobs envisaged, 624 jobs have been created, around 80 percent of all jobs created in the town. Active enterprises have produced goods worth almost two billion rubles, and actively contributed to the town’s economy, thus improving conditions in the town and the region.

Office Furniture Market in India 2015-2019
Indian economy has started to pick up and gather momentum after the global economic recession of 2008-2009. Emergence of e-commerce and establishment of various start-ups in the country have led to the growth of the organized retail market in the country. Apart from that, the direct sales approach is paying a lot of dividend to market vendors as the customers still prefer to purchase the products directly from the manufacturers.