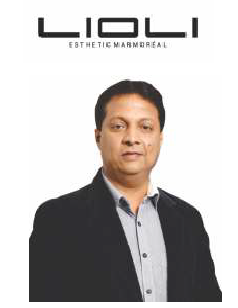 MAREA BY ELENA SALMISTRARO WINS THE MARMOMAC ICON AWARD
Marea by Elena Salmistraro, one of the works featured in the Liquid, Solid, Stone exhibition housed in The Italian Stone Theatre, was unanimously elected winner of the 3rd edition of the Icon Award. Marea, produced by Vicentina Marmi with Donatoni Macchine and Arabescato Orobico material by Cave Gamba, will consequently become the icon for the Marmomac 2019 communication campaign.
The jury – comprising Cristiano Seganfreddo, innovator and creative entrepreneur, the director of Progetto Marzotto, Chiara Alessi, essayist and curator of the Triennial Design Museum 2018, and photographer Veronica Gaido – acknowledged in this project the perfect essence between Italian creativity and know-how in communicating the beauty and versatility of natural stone alongside the craftsmanship and industrial skills Italian companies.
This is the motivation expressed by the jury: “Marea” by Elena Salmistraro courageously and skilfully interprets marble in a complex context such as baths and sinks to achieve a powerful, iconic and mature design.
The compositional tableau of the set defines an aesthetically complex image capable of evoking in parallel: classical reflections, post-modern accents, contemporary languages and primitive figurative elements. The designer deserves unanimous reward for the by now consolidated stage setting, backed up by the extraordinary work of Donatoni Macchine and the formal vision that the Vicentina Marmi company masterfully adapted to the material Arabescato Orobico by Cave Gamba.
The refinement of such formal intervention, together with knowledgeable technical support and solid corporate assistance undoubtedly turn “Marea” into the icon of this edition of Marmomac and the triptych best suited to interpreting the official image of the trade fair.
Marea is a kind of painting on a book-matched slab of marble, a huge moon influencing the motion of the seas, modifying their level and shape. A contemporary and geometric re-interpretation, with a post-modern character, of these natural phenomena, highlights profiles and shapes that are in turn reflected to resemble a face and its expressions. The shapes generated by the act of artistic creation are isolated, simplified and embedded in a composition that creates a bath and a sink.
The decision to retain the simple, almost rigid shapes in contrast with the characteristic stripes of Abrobescato Orobico should be understood as a gesture of attention towards the vital and enchanting complexity and richness of colours, since even a single imperceptible mistake caused by possible formal excess, would certainly have risked creating confusion by hiding reliefs and decorations, which in this case play a leading role.