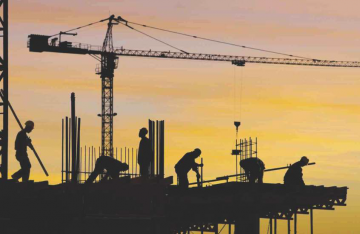 The construction markets of the Asia Pacific region have been talked about in world-leading terms for some time, but the statistics are now bearing out on the hype, as the World Bank recently announced the region was likely to remain economically resilient for at least three years. It further noted continued falling poverty rates and rising labour incomes.
Add to this, forecast growth rates of 5% this year, followed by 5.1% next year and 4.9% in 2018, and the future looks bright for the region.
Smaller nations in the Asia Pacific are largely feeding off the economic success of their larger “Tiger” neighbours, with Cambodia and Myanmar forecast to see growth of almost 7% this year, and Papua New Guinea poised for recovery, thanks to the establishment of new mining and petroleum projects.
In Myanmar there is cause for celebration in the more immediate term as, after three years of waiting, construction on the Singapore-Kuala Lumpur high speed rail project is on.
Chinese manufacturer XCMG recently made a positive move into the region, launching its new XCMG Indonesia operation with a grand opening ceremony in Jakarta. The company has stated that it wishes to develop a local network of distributors and increase its influence in both the country and in the region. Indonesia is, of course, a founding member of ASEAN and the largest economy in the region and it is clear that XCMG sees it as an extremely important overseas market for its global expansion ambitions. Indonesia is currently enjoying the fastest construction market growth in all of Asia – an extremely impressive 8% this year. US-based engineering firm Aecom will be the number one growth market in Asia running up to 2020.
The government has made growing infrastructure a priority and some 30 major projects, including toll roads, ports, public transport networks and railway links – with a value of more than 568 billion – have been given to be developed by 2019.
In Thailand, the Thai Obayashi Corporation is constructing Langsuan Village, the largest residential project to be built on Bangkok’s central business district. On a 9 hectare site, and stretching 300 m along the length of the main thorough fare of Langsuan Road, the development is one of the most significant seen in the centre for many years, with a low-density ratio and generous green spaces. The development comprises nine structures, including a health centre, residential blocks, an international hotel and a retail plaza. Expected to be completed in 2019, the total cost of the project is estimated at around $750 million.
Another thriving construction market is that of Vietnam, which is forecast to see 6.3% growth in 2017, and 6.1% growth in the following year. Here, Atkins, Arup, Aurecon and VNCC are partnering on the Landmark 81 development, set to include the country’s tallest tower.
In Hong Kong – one of the so-called Asian Tigers, along with Singapore, South Korea and Taiwan – another eagerly- and long-awaited mega-project is being realized, the West Kowloon Cultural District. The vast 40 hectare development, based on Hong Kong’s iconic Victoria Harbour, includes 23 hectares of open space, incorporating an art park and 2 km of waterfront promenade, as well as numerous squares and plazas. Further additions to development include the Plaza Museum, with 7,600 sqm of gallery space, and the construction of an underground roadway, ensuring the district itself remains a pedestrians-only space.
Very few of those strolling in Kowloon will have any notion of the mammoth project also taking shape beneath their feet, in the shape of the 380,000 sqm West Kowloon Terminus of the Guangzhou-Shenzhen-Hong Kong Express Rail Link.
Japan – which has been facing economic challenges for some years – also currently boasts the bridge with the longest span in the world, the Akashi Kaikyo Suspension Bridge, which has a span of close to 2 km. Again, this title will soon have another recipient, which, again, is China.
Swinging way down south, to Australia, we see a construction market that is struggling to keep pace with its northern Asia-Pacific neighbours. Residential building is slowing after a record-breaking boom and the general construction sector saw out 2016 with three straight months of contraction.
Nevertheless, there are significant projects underway here, not least in Sydney, where the country’s largest infrastructure project, the Sydney Metro, has moved into its second construction phase. The all-underground Southwest line (Stage 2) of the metro, at a total cost of between $12.5 billion and $13.5 billion, will extend the current Metro Northwest line.