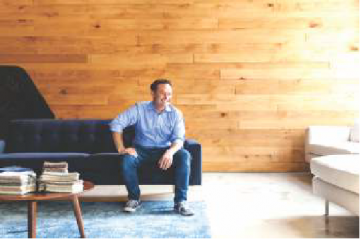 The “surprise” election of Donald Trump as president of the United States leaves question marks for the furniture industry and its global sourcing structure.

After running a campaign based on bringing manufacturing jobs back to the United States and criticizing trade deals such as the North American Free Trade Agreement and the Trans-Pacific Partnership, what can an industry heavily reliant on imported goods expect in the coming four years?

Jerry Epperson, industry analyst and managing partner at Mann, Armistead & Epperson in Richmond, Va., believes Trump poses issues for the industry, but all in all there could be some positives.

“The first thing that concerns me is inflation, and that’s because of the Trump administration possibly putting tariffs on imported products, particularly products coming from Asia,” he said. There’s also Trump’s talk about slapping 35% tariffs on imported goods from companies that say they’ll close plants and outsource production overseas. That might not be relevant right now for furniture, Epperson noted.

“Most of the wood plants we’re talking about have already closed, and I don’t think anything would be imposed retroactively,” he said. While the stock market took a dip early after the Tuesday election, it had bounced back by Wednesday afternoon.

“The market went from being down 300 points to being up 288 at this point,” Epperson said on Wednesday. “In the long run, a (Trump presidency) could be good for business with lower tax rates and consumers making realistic adjustments in their health care.”

Don’t look for Trump’s threats of tariffs on imported goods to become reality any time soon.

“The World Trade Organization has got big regulations on trade, and you can’t retroactively impose tariffs without a lot of trouble,” Epperson said.

American Home Furnishings Alliance Executive Director Andy Counts said it’s too early to tell what Trump’s policy impact could be on the furniture industry.
“We’re primarily impacted by regulatory agencies, and with the change in administration, there’ll be a change in those agencies,” he said. “We’ll be following that closely to make sure we get in front of those people making (regulatory) decisions.”

While Trump was highly critical of the nation’s balance of trade, that talk could be more campaign-trail talk than anything of real substance down the road when it comes to imports.

“It’s too early to tell if Trump’s positions were campaign rhetoric or something he’s going to prioritize,” Counts said. “We’ll monitor that as well. Even though the Republicans control all segments of (national) government, a lot the senators and congressmen running for reelection didn’t talk a lot about trade. There’ll be some compromise there.”

AHFA’s team in Washington did have some takeaways from the election. First, the initial policy focus areas under a Trump administration will likely include repealing the Affordable Care Act, tax reform and infrastructure investment. All of those represent major policy goals for the business community, and with Paul Ryan as speaker of the House, Mitch McConnell and Chuck Schumer as the respective party leaders in the Senate, there is an environment to get deals done.

A Trump victory also will change the tone across the Cabinet, Supreme Court, Consumer Product Safety Commission, National Labor Relations Board, and other regulatory agencies. It will take time for these changes to take hold in a new administration but AHFA expects a dramatic shift around key issues.

The Republican majorities in the House and Senate will have additional legislative tools available with a Republican in the White House. Appropriations riders related to overtime regulations and National Labor Relations Board rulings that were “veto fodder” for President Obama will be viewed very differently by President Trump, according to AHFA’s analysis.Courtesy: www.furnituretoday.com