Tokat A Verdant City in the Cradle of Civilizations 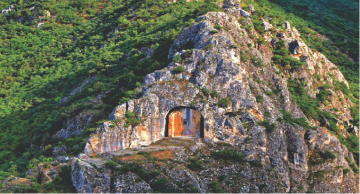 Tokta is a lush green city located among the fertile soils of Yesilirmak (The Green River) which has embraced many civilizations and states of Anatolia during every stage of history. It has been a major centre of trade and culture for over 6000 years at a friendly location in the Black Sea Region. Offering unique natural scenery, historical architecture and authentic handicrafts.

A settlement dating back to 5500 BC containing 14 states and 5 principalities, Tokat is a passageway between the Black Sea Region and central Anatolia bordering Samsun to the north or due to the northeast, Sivas to the south and Amasya to the west. It was an important settlement for the Hither, Byzantium, the Seljuks and the Ottomans and is one of the few locations that managed to protect its historical artifacts until the present day. 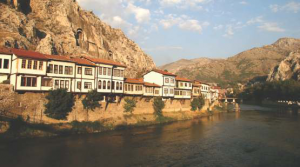 Located in the southwest of the city, Tokat Castle is the first building that stands out as you arrive in the city. The history of the Castle dates back to the 5th century. The external walls of Tokat Castle were completely destroyed but the internal sections have been protected until the present day.

Located at Sulusokale, the museum exhibits remnants of Anatolian and Ottoman civilizations which existed within the borders of Tokat. Situated further down the Takyeciler Mosque, Arastan Bedesten has been used as the Tokat Museum since 2012, exhibiting archeological and ethnographic pieces. 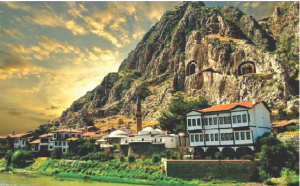 Tashan is one of the oldest inns in Anatolia, an Ottoman work dating back to the 1600s. Used as a hostel, it was later restored and reopened. Overlooking the castle, Tashan offers visitors a large variety of gift ware including traditional handicrafts, ceramic pieces, copper and wooden carved products and printed fabrics.

Located in the Ballica Village of Pazar Province in Tokat Ballica Cave is one of the world’s most spectacular caves, featuring natural formations renowned internationally. The cave, which is 4 million years old, consists of crystallized lime stones. You are guaranteed to have a surreal experience exploring the dazzling spectacle of stalactites and stalagmites in the cave in which only 8 of the galleries are currently open for visitors.

Tokat is an authentic and traditional city where one must not leave before eating the famous Tokat Kebab, which is prepared with fresh lamb meat, char-grilled egg plants, potatoes, peppers and garlic. Broad Bean Wrap. Regional plane rice, walnut dessert and Mehlep wine are some of the other local flowers.