DUBAI’S FALLING PROPERTY MARKET IS AS ‘BAD AS GREECE’ 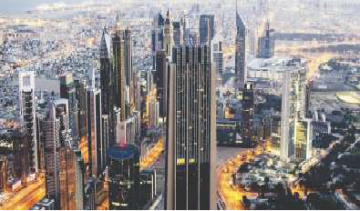 During the final three months along Dubai’s homes lost 3.7 per cent alone, only Ukraine registered a higher fall.

The Knight Frank Global House Price Index had Hong Kong in first place with homes up 18.7 per cent in the year to March, Turkey in second (18.6 per cent) and Ireland in third with 16.8 per cent.

“Seven of the top 10 countries ranked by annual house price growth are now in Europe,” said the Knight Frank report, with Turkey, Ireland, Luxembourg and Estonia registering double digit growth. “Weighted by GDP, the index ensures countries such as China and the USA have greater influence than smaller economies such as Jersey and Malta.”

But Dubai’s poor performance will be seen as a warning for developers and the country’s leaders will be looking for a solution.

In an opinion piece published, The Big 5 Hub Editor Gary Wright suggests that Dubai may already be experiencing the housing bubble warned about two years ago but thanks to the banks’ influence over interest rates and lending, “this is a price readjustment that will take some months to play out”.

The new report comes just four days after figures revealed apartment sale prices dropping 1.5 per cent in the first six weeks of the second quarter, marginally tightening yields, and rents declining a nominal 2.4 per cent.
Sale prices were down on villas 2.9 per cent, rents down 0.6 per cent and there were fewer buyers than the same time last year according to figures released by Phidar Consultancy.
“The ongoing erosion of sale prices is a healthy correction. The more significant concern is the scale and nature of the upcoming launched and announced projects,” said Jesse Downs, managing director of Phidar Consultancy.

Analysts have earlier said that the lack of demand for luxury properties, weakening of oil prices and strengthening of the US dollar are causing prices in Dubai to fall.

Certain areas in Dubai, especially Deira, Karama and those close to the Dubai Metro also remain immune to price fluctuations and have posted rental increases, according to property portal Bayut.com.

In terms of property values, premium locations like Dubai Marina and Downtown Dubai, where fewer developments are underway, remain unaffected by price movements. The areas that have posted price declines are the ones where a huge supply of new units is expected.

“Apartments in the emirate are still delivering better returns than Hong Kong and London, and continued government investment is set to kick things up another notch,” said Haider Ali Khan, CEO of Bayut.com and co-founder of Zameen.com.

“Returns from large to small apartments in Dubai range from 5 per cent to 7.5 per cent, while those in cities like Hong Kong, Singapore and London average somewhere between 2 per cent and 3.5 per cent.”

Khan said that property values increase due to a number of factors, including speculative buying and “anticipatory sentiment of investors”.

“We think the market is currently letting go of that speculative pricing layer, which once peeled, would result in a more holistic price level. We continue to believe that the current easing of prices is a result of market correction that will soon peg the demand and supply forces at a sustainable level.”