Effect of Demonetization on Ceramic Industries 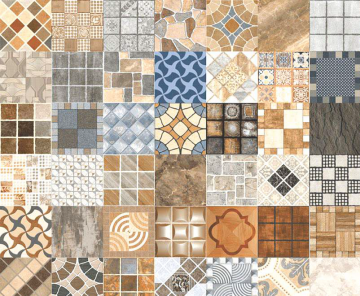 8th November 2016 will go down in the history of India as a day when it was shocked, awed, surprised and amazed at what the government did. Prime Minister Modi suddenly announced demonetization of Rs. 1000 and 500 notes. It may have many implications on the economy but its effect on ceramic industry is far from encouraging.

Since long the ceramic industry has been dealing in cash from salaries to purchase payments of transport to petty expenditures, cash is the norm of safety mentioned here that if money is actually the blood of body Indian ceramic eco system. Cash would constitute of red blood cells.

In the past few decades the industry has been trying hard to avoid cash transaction but it has not much success. The last decade witnessed a tremendous sprouting of new units in Morbi, Thangadh and Himmatnagar regions and a lot of dealing was done in cash on a day to day basis.

With old Cash becoming worthless and lot of time lag in new currency being replaced, there will be a heavy cash crunch situation in the nation. With a lot of illegal money being wiped out, it will be near impossible to replace that cash. Smarter well managed units will bounce back faster, but as the whole eco system will be effected, it will be difficult for the most prudent to get back on track.

At present, the industry is already crippled by severe liquidity crunch. A survey was conducted in the Morbi region of Gujrat where sixty percent of the units said they have already stopped production and 20% are preparing to do so. Out of the 700 small and big units, 500 had closed shop by the end of November.

Most of the labor comes from outside Gujrat are largely illiterate and do not even have bank accounts. Even those few who have, do not know how to operate it. They are used to a cash payment only and have to face a challenge. With no cash, most of the units are unable to pay salaries. While some of them have made effects to open bank accounts faster and educate their laborers. It is near impossible task to support all.

Another major hurdle for the ceramic units is transportation. More than 400 trucks of various sizes supply material and carry out nationwide delivery of products. All of them rely heavily on cash payments. With severe cash crunch, many of them have already stopped the wheels rolling. Many of these transport vehicles travel as far as Nepal, Meghalaya, Kerala, Tamil Nadu and Kashmir. Some of them are on road for more than 15-20 days. It is nearly impossible for them to travel all the way without cash. If the transportation stops, even the best managed companies cannot dispatch or receive raw material, leading to stop production.

Like in all industries and product based sectors, domino effect will be seen in every element of the eco system. When a single element shuts down it slows down its suppliers as well as customers, leading to the total chain coming down.

This phenomenon had its effects within 20 days of demonetization. Some of the units will have difficult times, getting back to normalcy.